Microservices architecture is opposite to the traditional, monolithic approaches. In this design approach, functionality is broken down into its core functions. Each function is called service and can be built and deployed independently, meaning individual services can function (and fail) without negatively affecting the other functions.

Microservices are an anti-monolithic piece of code. They are a self-contained piece of business functionality with clear interfaces. They normally serve one purpose and serve them well, i.e. all the scenarios of the service are well-handled.

How do Microservices work?

The very idea of loosely coupled services that are highly maintainable and testable sounds challenging to businesses that face IT challenges due to complex applications. But before replacing or refactoring the system in place, it is vital to understand how microservices work.

To create a functioning modular architecture, a business needs to first identify its functions/domains and define the services in them that will run independently from each other. A microservice architecture diagram is needed. The architecture diagram focus is to expose service dependencies that would hinder the flexibility of each service and service dependencies in cross-business functions as it is critical to ensure that an error in an individual part wouldn’t impact the whole system. This can be achieved by service-isolation by reducing dependencies or increasing the reliance of the service.

Service granularity: Microservices are granular, but how much? It depends on the business and organizational context. There is no single measurement to determine how granular a microservice should be. Service granularity makes the system easy to understand, develop, maintain and scale.

Modularity: The application developed in microservices is easy to understand, develop and test. The architecture will last longer and changes will be easier and focused.

Integration: use of the microservices for the integration of heterogeneous and legacy systems is a viable option.

Technology agnostic: Microservices can be defined as processes that often communicate over a network using technology-agnostic protocols. Microservices are also built to suit business capabilities. Since they are decentralized and small in size, they offer a lot of flexibility when it comes to programming languages, hardware, and software environments.

What is Microservices Architecture?

In contrast to traditional architectural styles that aim to build software like a single unit, microservices architecture is based on a modular approach. The application is divided into smaller components that are built as independent services. They can be updated or even replaced easily without any major overhaul to the application. As they are decentralized and small in size, they offer a lot of flexibility when it comes to programming languages, hardware, and software environments.

Characteristics of a Microservices Architecture

The microservices are designed to work independently but they sometimes still have dependencies on other microservices and need to communicate with each other. This communication occurs through the use of APIs (Application Programming Interfaces). It can be synchronous or asynchronous using protocols like HTTP/REST or AMQP. The responsibility for such communication is given to the special services called Composite/Business services. These composite services help to avoid problems that arise from the growth of microservices interdependencies. A composite service takes requests and then routes every single one to the most appropriate microservice. It also invokes backend services and aggregates the results to identify the best path. It serves as the entry point for every request in a business context, organizes all input, and creates a simplified user experience.

Some of the other notable microservice adopters are Zalando, Spotify and Royal Mail. 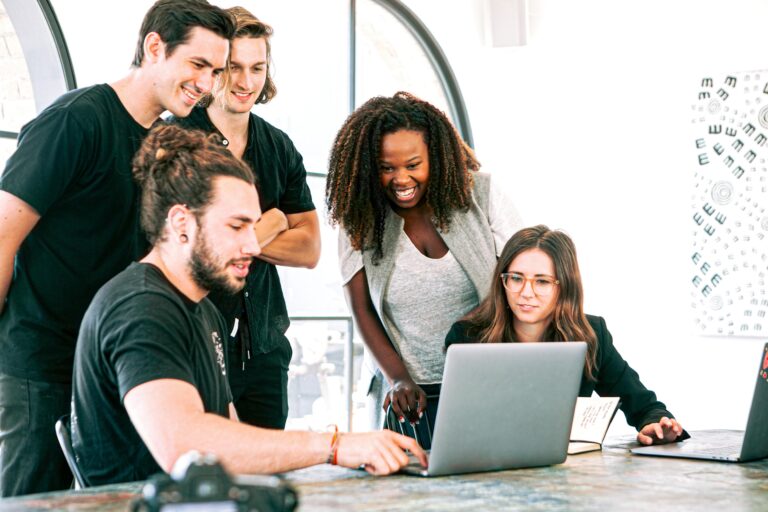 Nugon is your ideal partner to leverage emerging technologies in innovative ways. We love to deal with complex areas like Architecture.